Renewables and the future provision of energy for mankind is a challenging, but an immediately critical, subject for collective analysis and understanding. However, whilst the moment is critical because it affects the whole planet, the situation is far from novel.

We transitioned from manual labour as a prime mover when the wheel was invented and animals were utilised to provide greater strength and energy. Wind was harnessed for water travel and then heat from burning wood and then coal was converted to steam that spawned a massive explosion of mechanical development which included harnessing gravity to power vernaculars and steam driven reciprocating engines that swiftly developed in efficiency.

When we first found oil we did not really know what use it would be or how to exploit it. One of the earliest useful applications was to use it instead of oils extracted from whales for lamps. A perspective could be that the oil industry was a saviour for the global whale population. Whilst whales are still endangered, the international whaling industry collapsed due to the advent of the oil industry.

We are now faced with a very obvious truth that we have been faced with before but are still only slowly finding the will to acknowledge as a global society. When London was beset with “pea soup” fogs caused by the concentrated burning of wood and coal it was accepted as a facet of ‘modern’ life. People died from lung damage or were wealthy enough to move out of the city. As the industrial revolution gained pace other cities suffered the same fate. Only when the development of alternative fuels became viable in the UK was the reduction of that pollution acceptable to the commercial interests that rule our society.

The same circumstances have been slowly repeated in a cycle of events in every country around the world. In the early 2000’s China put tremendous effort into providing gas to Beijing so that the Olympic Games could be held there in 2008. Overnight they banned open fires and the air became cleaner. Unfortunately, since then the number of vehicles in the city has increased dramatically and the air is once again desperately polluted.

As more and more countries become industrialised and their populations become politically stable the need for energy and the desire for consumables increases exponentially resulting in more pollution of the air, the waters, and the soils of our planet.

Should those countries that can afford to make changes to reduce that damage to our planet deny the benefits of industrialisation and the produce of material assets and mechanical advantage to those countries that are only now acquiring or developing those capabilities?

The answer is obviously “no” for two reasons:

1.    The developed countries have a vested commercial interest in the developing countries;

2.    The developing countries will simply not accept the denial of their own domestic improvement of commercial capability to provide for the changes in life style and technology that they crave.

It is a fact of human nature that we respond the very best to solutions. The old saying that “Necessity is the mother of invention” is pertinent to the psychology that is needed today. For centuries various countries have tried to force opinion, life style, and beliefs on others. The result has been eternally consistent in that those who provide the materials and logistics of conflict benefit along with those who otherwise exploit those occasions.

Developed countries with the moral will should encourage and support developing countries to utilise the resources that they have available in the best way possible applying the most up to date technology to ensure that there is no contribution to pollution. Only by developing their own wealth will developing countries be able, and more importantly willing, to join a global effort of improvement. If that does not happen the problem will exacerbate taking our planet into a condition whereby it will be incapable of sustaining life.

The good thing is that there is benefit for all in addressing the health of our planet now that we are generally better aligned in believing that:

2.    It is within our power to make positive changes.

…..and that there are positive commercial benefits in doing so.

So there has to be technical understanding and political collaboration between global industry and global governments (society) because:

·         Oil and Gas will be required for decades to come to ’keep the lights on’ BUT the technology exists to make it CLEAN; 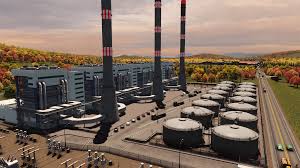 ·         Nuclear power will be a component of future energy BUT the scale, application, and management must be SAFE & CLEAN;

·         Wind energy will be a component of future energy BUT the COST of construction, maintenance and lifecycle (recycling worn out blades, turbines and masts) needs to be accurately balanced against the contribution made to the energy mix to ensure that it is CLEAN & EFFICIENT;

·         Hydroelectric power will be a component of future energy and energy STORAGE, BUT it needs to be MAINTAINED as a constant source that is one of the CLEANEST and most VERSATILE;

·         Solar power will be a component of future energy BUT given the transient exposure to sunlight in some parts of the world it needs to be managed to ensure that it is EFFICIENT;

·         Heat exchange systems utilising the temperature differences at the earth’s surface will be a component of future energy BUT these systems have localised APPLICATION;

·         Tidal power will be a component of future energy BUT requires extensive engineering and an understanding of the science surrounding the mechanics of erosion and deposition at the location of development to prevent UNIDENTIFIED CONSEQUENCES;

·         Wave energy will be a component of future energy BUT requires extensive engineering and an understanding of the science surrounding the mechanics of erosion and deposition at the location of development to prevent UNIDENTIFIED CONSEQUENCES;

·         Hydrogen will be a component of future energy BUT requires energy for its production which has to be cleverly managed to make it COST EFFECTIVE and considerable innovation in technology to manage the LOGITICS of its use; 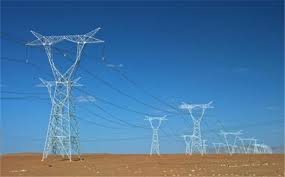 The main factor in utilising the energies of the future will be distribution. Grids, networks, and international connectivity will be required to most efficiently make use of the different energy sources with their different characteristics, balanced against the logistics of demand. Industries and large commercial users will have to cycle their time of demand relative to that of domestic demand, and time zones. The big challenge is stabilising a constant demand to make energy production efficient. It is generally difficult to change energy generation output. The most efficient energy generation output is a constant within the limits of source. To achieve that the demand for that energy should be as stable and constant as possible.